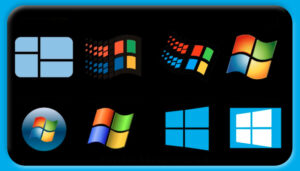 Multiple point pneumatic tube systems are usually computer-controlled, both the aerocom AC3000 & AC4000 series, are designed specifically to be operated via a computer using the Windows operating system. Unlike many other manufacturers, aerocom keep the AC series control systems upgradeable to the latest  Microsoft Windows operating systems available. And replacing the control computer with the latest model does not require any pneumatic tube system hardware to be upgraded.

The latest version of AC3000 software can still communicate with stations and other equipment originally installed when MS-DOS was used. That’s not to say we would recommend using equipment from the early 90s, far from it. We recommend regular upgrades but in theory, it is still possible to run old and latest equipment on one control system. We like to keep our systems up to date, especially in hospitals where we must comply with HTM 2009 and SHTM 08-04 which specify the control system minimum requirements.

The Trouble with Old Computers is NO PROCESSING POWER 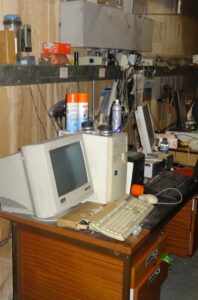 When invited to survey the pneumatic tube system at 1000+ bed UK hospital we were shocked at the scene in the head end plant room. The air tube at this site has over 100 stations and had been allowed to become antiquated by the former supplier, aerocom were invited to provide a reliable alternative. When we first looked into the plant room it was hard to believe there was a full-time service engineer on-site from the supplier, the plant room was more like a den with armchairs, a kettle, and even a fridge. But the system was a shambles.

This huge pneumatic tube system was controlled by three ancient computers, all running different versions of windows, the oldest was Win 95! On such a large system this is asking for trouble, and the number of socket extensions and plugs was unbelievable, as were the statistics generated by this garbled control system. Add to this the processors on these antiques were ancient, with no cache memory or multiple cores. This was no way to control 100+ pneumatic tube stations on 11 zones, no wonder the control system was crashing all the time.

To process information from the zone microprocessors, via data converters, powerful computers are a must. Especially when, like this system, you also have a PLC controlling the linear coupler transfer unit, RESULT >>> SYSTEM FAILURE and a consequently a new client for aerocom, we replaced the entire system. And let us be clear, it runs AC3000 on one modern Windows 10 computer. 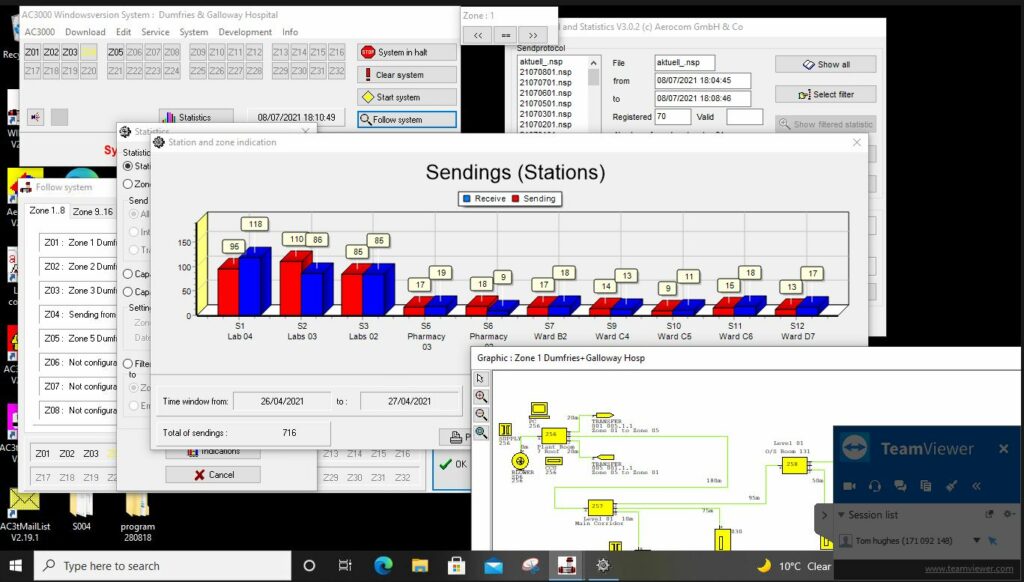 Aerocom also often struggle convincing our clients to upgrade, although we have all but eliminated unsupported operating systems on control computers, there are the odd diehards, who maintain the system runs perfectly well as it is. Although this may be the case, they are missing out on innovations and newly developed control processes as our software evolves.

Another issue we have with many PPM clients is internet access, it is hard to believe in 2021 pneumatic tube systems running in hospitals that are not online. This prevents windows from updating, and aerocom from providing remote support.

Remote support is included in our standard PPM service package, without a local internet connection we are often forced to send a technician to the site for trivia like user errors which could be controlled at the click of a mouse by our support team. Thousands of miles are travelled annually by aerocom technicians simply because there is no internet connection to the control system, that’s not to mention the money wasted on callout fees for things as simple as someone not emptying the carrier receiving basket.

TeamViewer software is supplied free with every AC3000 system control computer, and for NHS sites aerocom are also approved for N3 networking.

KEEP YOUR COMPUTER UP TO DATE AND ONLINE

It’s difficult to comprehend in this day and age when people are paying over £1,000 for an iPhone, there are computerised systems in NHS hospitals or major industrial sites running unsupported windows software, and many don’t have internet access?

Aerocom do supply computer upgrades at very competitive prices. Be advised, the only currently supported Microsoft operating system is Windows 10. 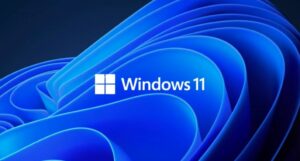 As technology advances,  so do Microsoft, and Aerocom