Pneumatic tube systems are currently a must-have item in every modern UK hospital. We estimate at least a million samples are sent from wards or clinics to the centralised laboratories by hospital pneumatic tube system carriers (pods) every week across Britain alone. 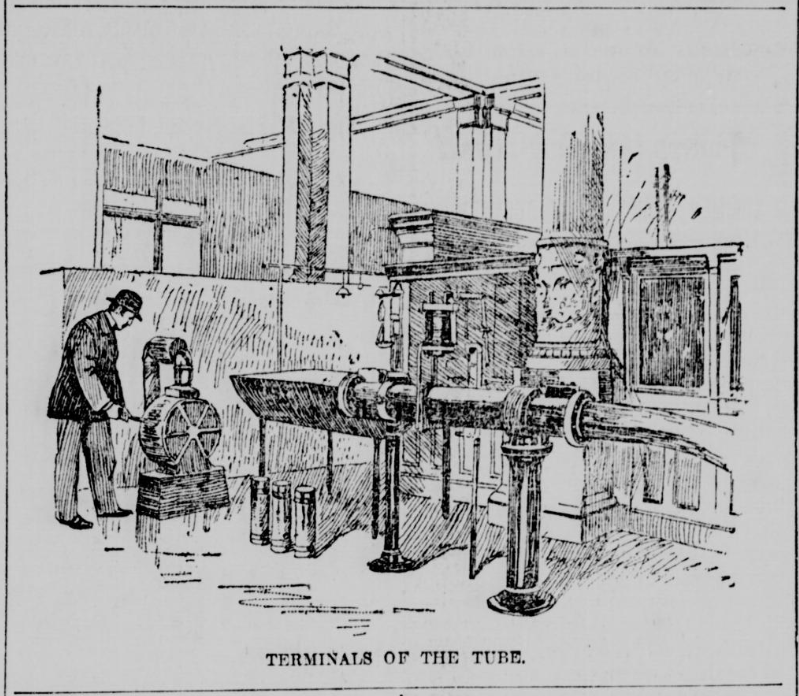 Historically pneumatic tube systems connecting buildings were first used by the post office, hence the German name “Rohrpost” which translates to pipe post in English. Most European capitals and many other large cities had large parcel post systems from the post office to the stock exchange and government buildings in the mid-1800s.

London had almost 22 miles of underground tube by 1880. Department stores were also using air tubes in the early 1900s sending payments to the cash office and returning the change to the sales desks. Initially, metal tubing was used and compressed air.

In the 1950s European hospitals began installing pneumatic tube systems sending documents, X-Rays, small pharmaceutical supplies, and other articles. Eventually, as time progressed the laboratories discovered patient samples could be sent safely by slowing down the systems to prevent haemolysis in blood samples by preventing any slopping around in transport.

The modern plastic sample vials were a game-changer for pneumatic tube systems in hospitals. 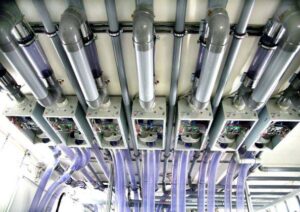 The development of plastics in general throughout the 60s and 70s made pneumatic tubes systems a lot more affordable, PVC tube became available which was another turning point being a fraction of the cost of metal tubes.

Hospitals across the UK had basic point to point systems installed from Emergency departments to laboratories, reducing the dependency on medical staff or porters rushing back and forwards to the lab with urgent samples.

The next game-changer was the microprocessor in the 80s, the new and affordable technology allowed manufacturers like Aerocom to develop single zone systems with modern stations interconnected to provide more hospital site coverage. The first multitalented system AC1000 was an instant success worldwide, and UK hospitals began to install pneumatic tube networks in most general hospital sites. 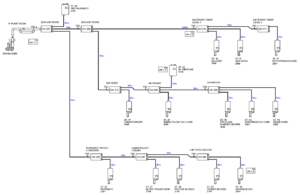 The drawback with the early single-zone systems was traffic flow, if only a few station locations were interconnected they functioned well, but with every ward or department wanting to join the network, overloading became an issue unless a second or third independent system was added. 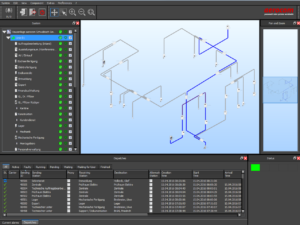 The advances in computer technology in the 90s took pneumatic tube systems for hospitals into a new level of performance enhancement.

The single zones could now be controlled to interconnect with the dedicated processors, passing information to a control computer that both organises and logs all transactions, keeps statistics and allowing retrievable analysis and diagnostics. With the development of easy-to-use Microsoft Windows operating systems, the Aerocom AC3000 system took the UK hospital pneumatic tube system to a new level of performance.

With graphic and RFID tracking, exportable statistics and filterable KPI or diagnostics as standard in our windows friendly software for both AC3000 and AC4000 control systems, we supply dedicated pneumatic tube systems for hospital applications. Additional security is also available to comply with ISO 15189 including bar code readers and secure delivery for pharmaceuticals. We cover all possibilities to provide the healthcare sector with safe and reliable internal logistics solutions.

And we have so many more additional functions, enhancements and innovations available to satisfy the most challenging of required technology.